With the introduction of more Bounties in destiny 2, it seems Guardian games have been in a full swing. Of course, bounties play a huge part in the gameplay but some of them are too tough to crack. One such bug appears to be the Void Feast bounty which has eradicated a misery among the player- base, even tempting the experienced Warlocks to run around like a maniac. 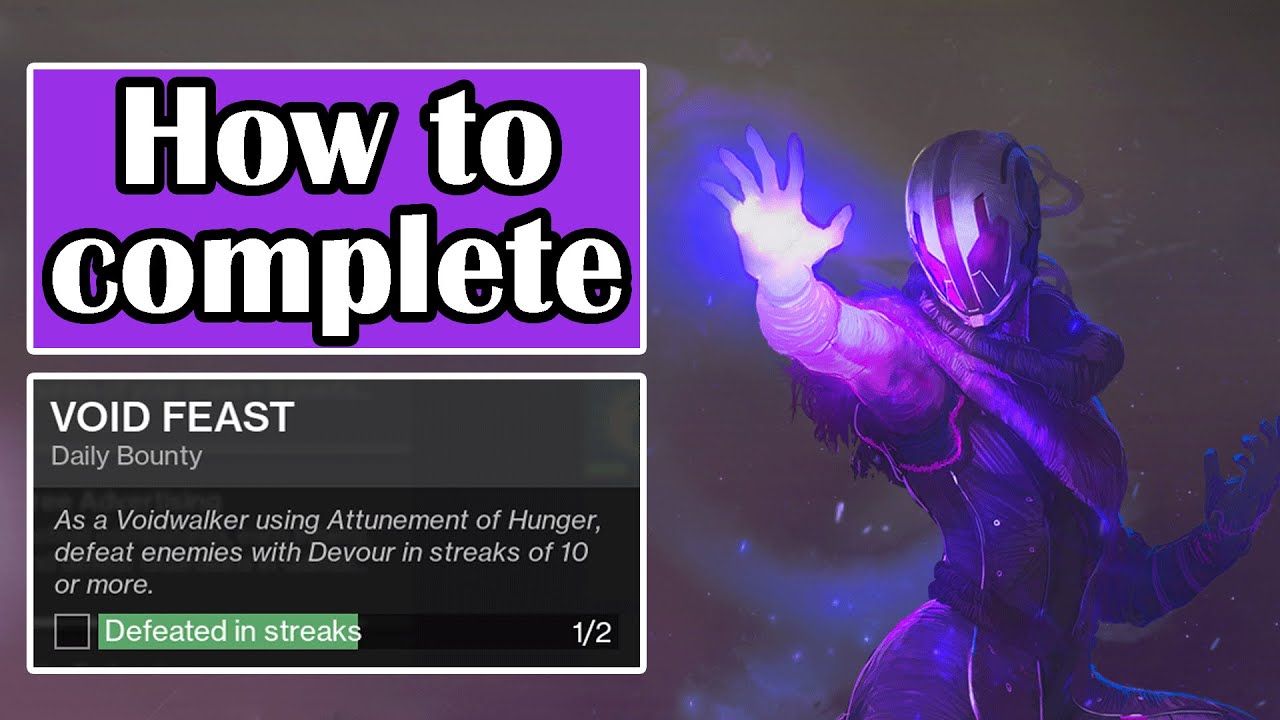 Since termed “misleading”, the description of the bounty doesn’t do justice to the gameplay. Rather than activating the Devour effect, the misleading bounty requires you to kill enemies, while maintaining streaks of 10 using the Devour Warlock charged melee ability, without getting killed. Wait for their melee to get fully charged and start killing! Only kills made with a fully charged melee attack will be counted towards the streak. It appears time-taking; however, this bug can turn into a simple quest with some tricks.

How to wrap up this deceptive Void feast bounty?

To complete this, level the Warlock Voidwalker tree up the Attunement of Hunger branch and get the Devour ability. Equip this skill along with selecting “exotic gear”.

Monte Carlo, an intrinsic Auto Rifle, which dishes the bounty faster by reducing melee cooldown and recharges melee ability on each kill.

The Claws of Ahamkara gives an extra melee charge. This will make it a bit easier, especially if around a Patrol area and Rally the Flag of Public Events.

Make sure to run on Attunement of Hunger tree, else none of the kills will be counted and all the efforts will go in vain. Melee recharge rate can be further improved by slapping on armor with high Strength. Once the gears are available, use Escalation Protocol, to farm the enemies and thereafter! Serve up amazing knuckle sandwiches!

Destiny 2’s Guardian Games is currently live on all platforms like PC, PS4, and Xbox and is set to conclude by May 15th.

Is National Treasure 3 Cancelled For Further Production or not?

Designated Survivor Season 4: All the Updates