The series is set in multiple time periods and it depicts the events leading to a death which takes place after the respective husbands of three married women commit adultery. It follows three women from different decades connected with all having lived in the same Pasadena mansion and facing infidelity in their marriages. The lead roles are being played by Ginnifer Goodwin, Sam Jaeger, Sadie Calvano, Lucy Liu, Jack Davenport, Kirby Howell-Baptiste, Alexandra Daddario and Reid Scott. 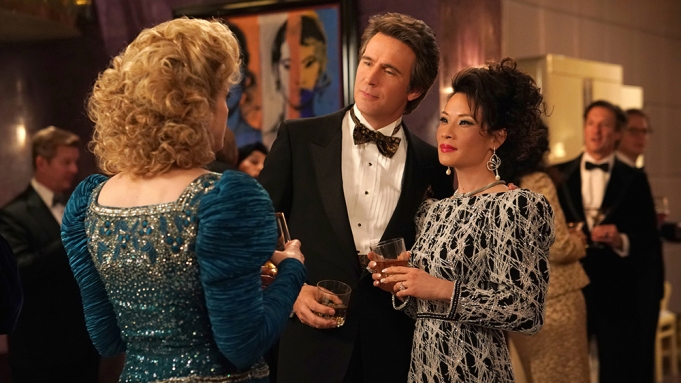 Cast of Why Women Kill Season 2

Although the release date of the second season of Why Women Kill has not been announced, a few cast members have been confirmed for now. The lead cast of Why Women Kill Season 2 includes Allison Tolman as Alma, Nick Frost as Bertram, Lana Parrilla as Rita, B.K. Cannon as Dee, Jordane Christie as Vern, Matthew Daddario as Scooter, Veronica Falcón as Catherine, Virginia Williams as Grace, Jessica Philips as Joan, Eileen Galindo as Isabel, Cynthia Quiles as Brenda, Kerry O’Malley as Mavis.

Plot of Why Women Kill Season 2

The second season of Why Women Kill will follow a completely new set of women who are living separate lives but they are interlinked. For now, there are many speculations on if the three individuals will be married or their husbands have committed adultery. One thing has been confirmed that the storyline will be set in 1949 and would explore what it means to be beautiful, the hidden truth behind the facades people show to the world, the effects of getting ignored and overlooked by the society and the lengths to which a woman would go in order to finally belong.