March was the month of Vengeance. The highly-anticipated film The Batman (2022), since its release on 4th March, has been the talk of the town. The film has already grossed $600 million worldwide and still going strong. It is already the second-highest-grossing film of 2022, but could well become the highest-grossing DC film ever (aiming to break Aquaman’s record of $1.14 billion).

But what makes The Batman special is not just its superhero genre or the Batman hype. The ambitious project by Matt Reeves comes with the whole mythology of its own. Let’s take a look at 5 of the most fascinating (non-spoiler) details about The Batman:

1. Inspired by The Long Halloween

Non-comic book readers might not be aware that The Batman’s plot is inspired by The Long Halloween. Considered one of the best Batman stories ever, The Long Halloween follows a relatively-new Batman face-to-face with a serial killer. The cat-and-mouse chase makes the Caped Crusader tangle with the Gotham underworld and many iconic supervillains. A lesser-known fact is that originally, The Batman was supposed to be a direct adaptation to the comic storyline. However, Matt Reeves later decided to make some major changes in the plot. A good choice, given that a two-part animated film based on the same story was released just last year.

2. The Riddler That You Never Saw

Everybody now knows that the Riddler is the main villain of the film. While the dark and menacing riddle-master is definitely a fine improvement over the Jim Carrey version we saw in Batman Forever (1995), it does beg the question: what version of Riddler is this? The Riddler in the comics is generally a dangerous, yet quirky and almost-comical character. However, Matt Reeves’s Riddler is based on the Earth-One version, where he is an anarchist, while his appearance is taken from the Year Zero version. Some of the inspiration for the character also came from the infamous Zodiac Killer from the 1960s. The prolific serial killer, on which the acclaimed film Zodiac was based, was unique for sending clues to the authorities but remained uncaught to date. Impressive, considering that The Batman has perhaps the largest rogue gallery of any superhero, as shown in this cool infographic on Batman’s villains. 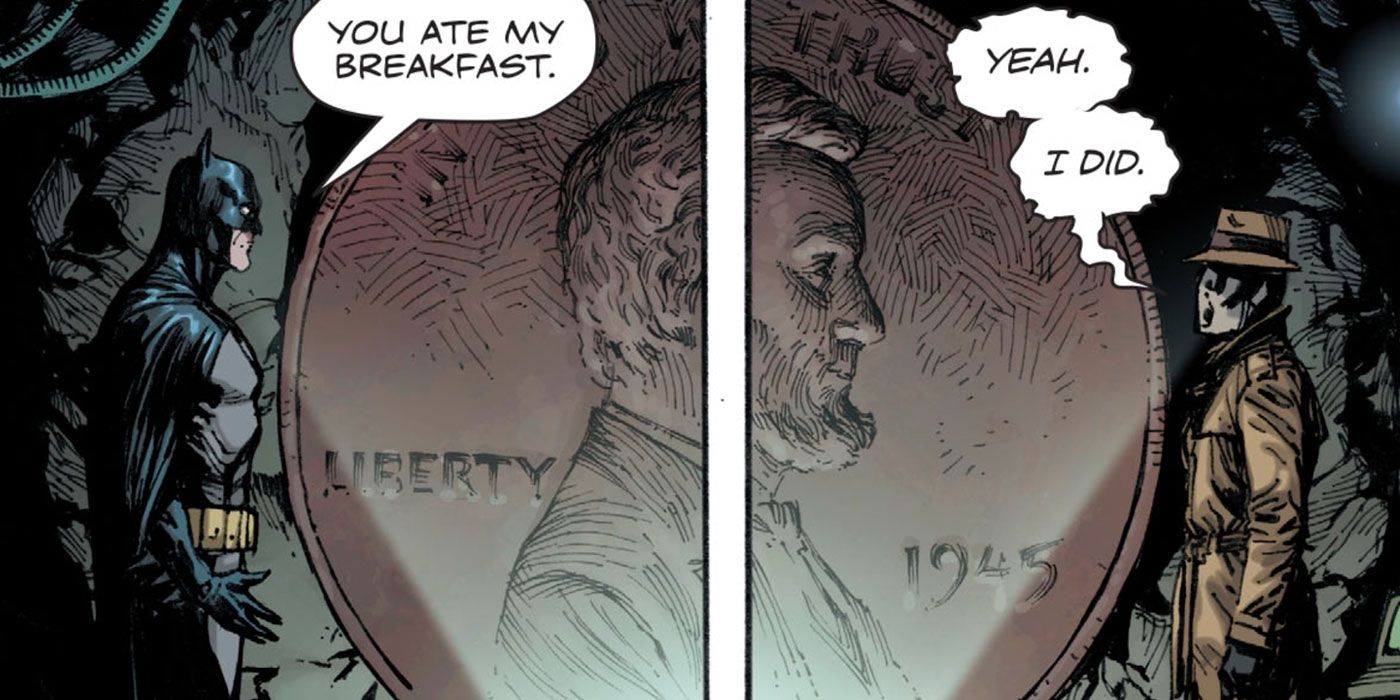 Throughout the film, Batman narrates the events happening around him in a dark monotone while recording his journal. Long-time DC fans might recall another popular DC character who used such tone for his journal – Rorschach. The eccentric and genius detective from the Watchmen film and comics is popular for his way of speaking, his mask and his journal. Both Rorschach and Batman are normal but super-smart detectives-vigilantes operating in dark, dismal worlds. Interestingly enough, Batman and Rorschach have interacted in the comics, when they came face-to-face during the Doomsday Clock storyline.

Robert Pattinson has revealed that for his audition, he wore the Batsuit of actors who have previously portrayed the Dark Knight. He wore the Batsuit worn by Val Kilmer in Batman Forever (1995), but wore the mask from George Clooney’s Batsuit from Batman & Robin (1997). The actor explains that he did so to look authentic during his audition. But unfortunately, the audition process lasted hours and Pattinson had to endure the heat inside the suit. Robert Pattinson also revealed that he had taken a bathroom selfie during a break – so that in case he wasn’t selected, he at least could boast about wearing the Batsuit. A true nerd, indeed! 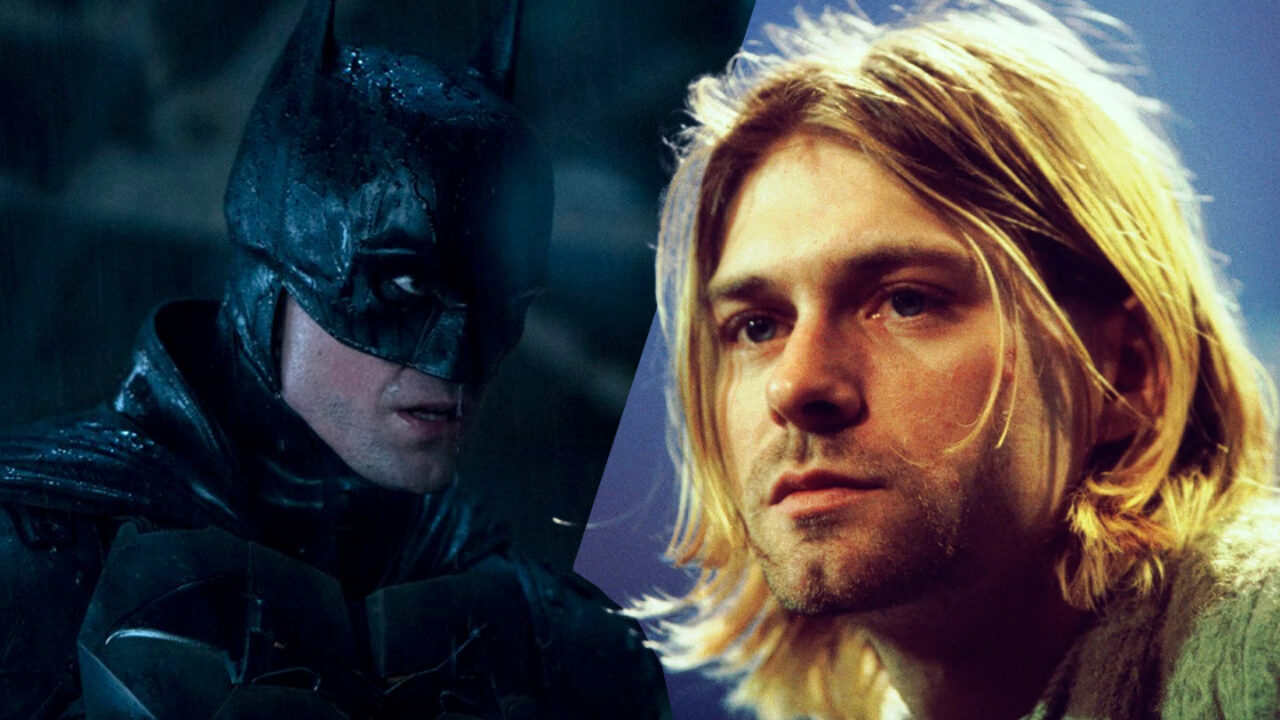 The Batman and Kurt Cobain

5. The Deep Bond With Nirvana

The Batman has a deep, multi-dimensional connection with the iconic rock band Nirvana. The most obvious aspect is the song “Something In The Way”, which served as the perfect score to explain the darkness and tension of the film. The humming in the song served as the backdrop to Batman’s various intense scenes, elevating them further. But beyond that, the film also took inspiration from Kurt Cobain, Nirvana’s lead singer. Inspired by Cobain’s life, Pattinson’s character is designed to be a reclusive, hollow-eyed loner. He is an addict – not of drugs, but vengeance.

It is not hard to see that The Batman is not just any superhero flick, but a fine example of commercial-meeting-craft. Every choice made while making the film had its own interesting story. From its intense and thrilling plot to the amazing score by Nirvana, everything about the film intrigues not just a comic book fan, but any cinephile in general. If you haven’t watched The Batman yet, now is your cue to rush!