The Outpost is a fantasy-adventure drama television series that premiered on 10th July 2018. The series has been produced by Syfy’s international channels for international broadcast. It has aired a total of 36 episodes throughout three seasons with a running time of 40 to 43 minutes each. The Outpost has been distributed by Electric Entertainment and has been acquired by The CW. The series has been well-received by the audience but has received mixed reviews from critics.

The Outpost has an approval rating of 50% on Rotten Tomatoes and has scored 39 out of 100 on Metacritic. The first season premiered on 10th July 2018 followed by the second season on 11th July 2019. The first season had 10 episodes and the second season had 13 episodes. The third season of the series premiered on 8th October 2020. The third season is still on air and will have 26 episodes in total.

Release Date of The Outpost Season 4

All the three seasons of The Outpost has been loved by the audience. Although the third season has not ended yet, fans have been eagerly waiting for the fourth season of the show. Let me tell you that the TV schedule of The CW for 2020-21 was shifted because of the Covid-19 pandemic. New shows of The CW will premiere from June 2021 which means that there is still some time left for the premiere of The Outpost Season 4. Till now, the makers have not announced any release date for the fourth season but definitely there will be some confirmed news after the end of the third season. 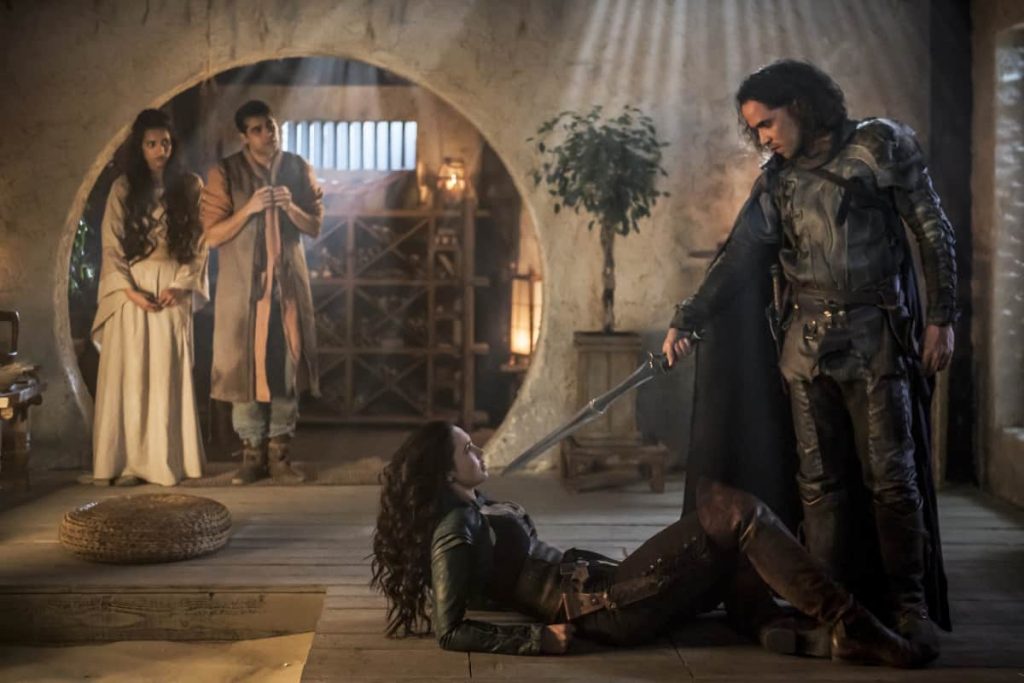 Cast of The Outpost Season 4

The third season of The Outpost premiered on October 2020 and has not ended yet. The makers of the series have not yet announced anything related to Season 4. In terms of casting of Season 4, nothing has been officially confirmed since the third season is still on air. But we can definitely expect the usual cast members to return for the fourth season. The main cast of the show includes Jessica Green, Jake Stormoen, Imogen Waterhouse, Anand Desai-Barochia, Aaron Fontaine, Glynis Barber, Reece Ritchie, Izuka Hoyle, Jaye Griffiths, Adam Johnson and Georgia May Foote.

Plot of The Outpost Season 4

The Outpost is yet to explain who or what gods are and the battle between Gwynn and Yavalla triggered an awakening of two statues with their own agendas. The usual romantic entanglements and the dangerous Two still on the loose and the quest of Talon to form a united kingdom is surely going to be a bumpy one. Well, a lot of things can be predicted for Season 4 but we can say something only after the end of Season 3 sometime in 2021.