The most recent reports say that Ted Lasso Season 2 is definitely happening and the popular Apple TV+ original has also been signed for a third season. The famous sitcom follows an American soccer coach as he travels to UK for using the power of positive thinking for bringing minnows AFC Richmond to the top of the big leagues. Ted Lasso’s personal brand of warm optimism made the series a big hit among the audience during the lockdown and many audiences turned on to this show for comfort viewing.

The lead role of Lasso is being played by alumni of Saturday Night Live, Jason Sudeikis. He has been a recipient of the Golden Globe for his performance and the actor also went viral when he accepted the award in a tie-dye hoodie. The series has been developed by Bill Lawrence and the first season premiered on 14th August 2020 and it had 10 episodes with a running time of 29 to 33 minutes each. 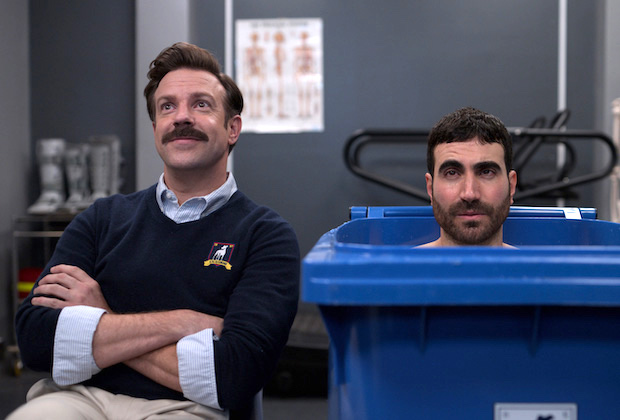 Cast of Ted Lasso Seasons 2 and 3

Jason Sudeikis will definitely return as Ted Lasso because the show is incomplete without him. Brendan Hunt and Nick Mohammed would also return as Coach Beard and Coach Nate in the second season. Apart from that, we can expect Rebecca Welton to return as Hannah Waddingham and Keeley Jones as Juno Temple. There is no news yet related to the cast of Season 3.

Plot of Ted Lasso Seasons 2 and 3

You can surely expect a large scope in Ted Lasso Season 2 because the story will play out in more episodes. There will be some extra time to cover the drop of AFC’s Richmond to lower leagues because of the dramatic relegation plotline of Season 1. We will get to see Lasso rallying the team for a swift premier league return in the course of Season 2 and will set up a potential underdog run to the top of the league for Season 3. Till now, there is no confirmation about the lot of Season 3 except the fact that the show has been renewed for a third season.